WhatsApp is testing a new feature for its users, in which users can come out of a group silently. Currently, if a user exits the group, other members of the group get to know about it in the group. You won’t see the same after the introduction of the new feature. The new move of the instant messaging app will give an opportunity for people to leave the group without any hesitation. This can definitely prove to be a handy feature for many people.

According to a screenshot shared by WhatsApp beta tracker WABetaInfo, the instant messaging app will notify users who exit a group that only they and the group’s admins will be notified of their exit. This means that other members of the group will not be able to see that one of them has left the group.
As we mentioned, currently, when a user exits a group, WhatsApp shows an auto-generated notification. This information is visible to all the members of that group as well as the admin.

WhatsApp announced the ability to leave groups silently a few days ago while giving information about its community feature. Whatsapp will announce the date soon.

The WABetaInfo report states that the screenshot he has shared has been taken from the recent WhatsApp Desktop beta. However, this change is likely to be available for Android and iOS versions as well. 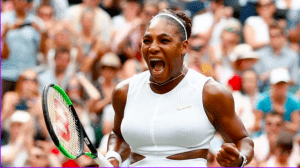 Disney Movie Club Promo Code:- Back to school days. Be Micky, Mini our Uncle Donald, everyone used to amaze us...

21st December 2021 is the last day of Flipkart Big Saving Days on Flipkart.com. There is a huge discount and...

Instant Vehicle RC The Delhi government is running a pilot project. In this the vehicle buyers will get the registration...